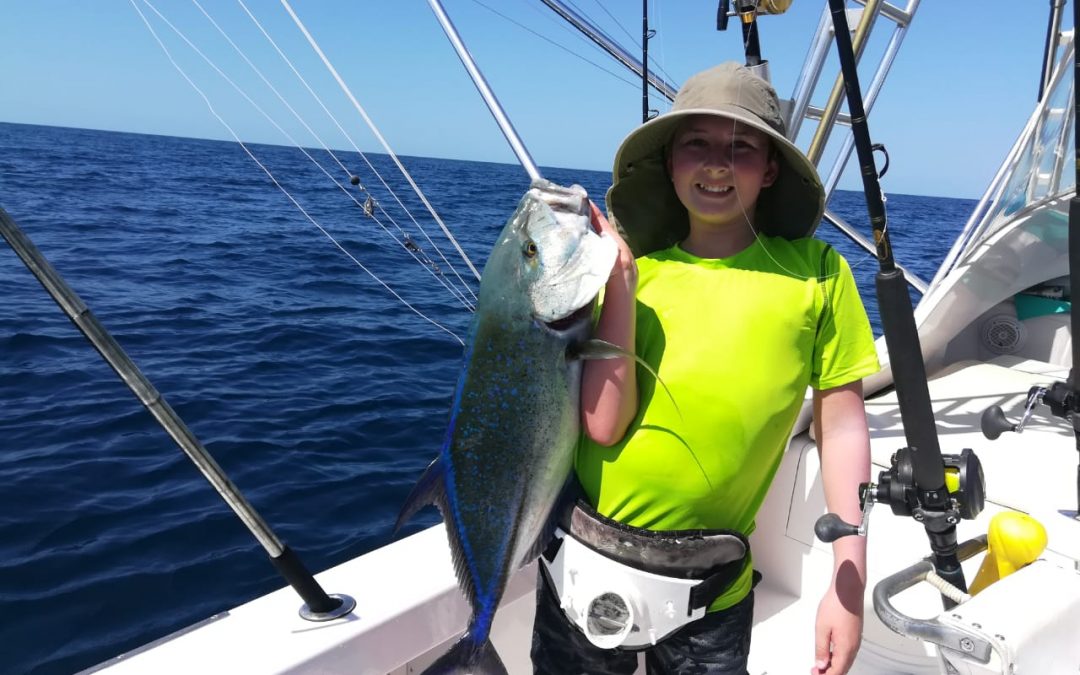 Father & son, Tom and Alaks Thompson and next generation, young bass fisherman from Tennessee Landon had themselves a bunch of fun hauling in a big variety of fish, most of which they sportingly released. The biggest of the day were 2 Cubera snapper 40 and 30 pounds. The team also landed 4 yellowtail snapper, 2 needlefish, 6 bonita, 1 Cobalt Jack, 1 Amber Jack and 1 trigger fish! Well done! 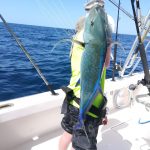